Ian Simpson is the most recent pro player to join the 888poker team of ambassadors. Ian is a former teacher turned professional poker player who has lived in the northeast of England ‘Gordie land’ his whole life. After university, Ian pursued a career as a teacher, which he loves. However, everything changed when he won a satellite ticket to the Irish Open in 2012. He took fourth place in the Irish Open, which delivered an even bigger ROI with winnings of €107,500 ($141,623 ). Additionally, he won a last-longer challenge in the event, which landed him an additional €100,000, but it came with the deal that changed his life. He had to use half of that win to play live events. The poker tournament schedule clashed with his teaching schedule, and Ian chose poker - with the hope of returning to teaching in the future. The very next year, in 2013, he went back to the Irish Open and, this time, took top honours for €265,000 ($339,604 ). Overall, Ian has racked up 1,086,946 in total live earnings as of May 2022. With steady in-the-money finishes since 2016, he has proven himself to be a tenacious and extremely talented poker player. Make sure to follow Ian “Simpioni” Simpson on his 888poker journey on social media. He posts regularly on Instagram @iansimpsonpoker, and you can catch up with him on Twitter @IanSimpsonPoker

5 Facts You Didn’t Know About Ian…

His favourite hand is 3♦4♦. He won the Irish open with it after getting backdoor diamonds. He then proposed to his wife with the diamond he had in his pocket for the entire final table!

Before professional poker, Ian was a science teacher. The teaching background provided him with the tools he needed to understand poker strategy in-depth. Additionally, his scientific knowledge has enabled him to take a logical approach to the game.

He has a wife and daughter. He sometimes finds it hard to balance time between poker and his family. However, his wife is a teacher, so he spends lots of time with her during the holidays, and he makes sure to set aside time for daddy-daughter days.

Ian is an animal lover. He has two adorable rescue cats who were the perfect companions during lockdown.

He adores computer games. For Ian, being able to escape reality is essential. He unwinds in the immersive storylines of computer games that typically have easier problems to solve than in poker. 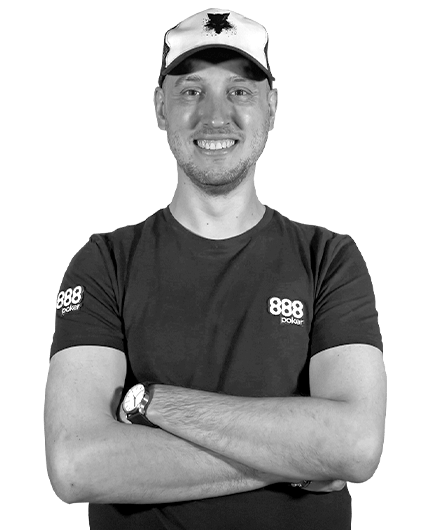