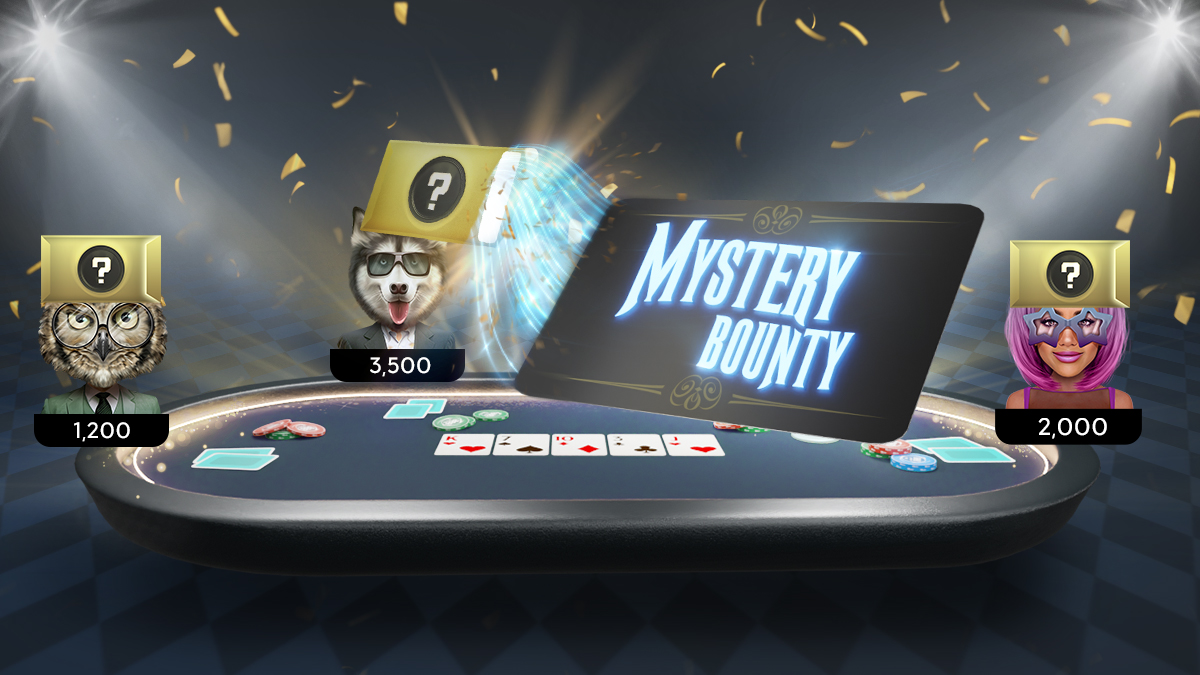 To play Mystery Bounty tournaments in the mobile app, just click on the dedicated tile on the Home Screen. Playing on PC? Click on the left ‘Mystery Bounty’ tab in the main 888poker lobby.

The first part of the tournament, the ‘Early Phase’, is just like a regular tournament and there are no bounties… yet!

At a certain point, the ‘Final Phase’ kicks in and if you’ve made it this far, you’ll be in for a chance to take home an extra prize. This is where the Mystery Bounty comes into play!

In the ‘Final Phase’, you’ll see a golden envelope on the heads of every player still at the table. Each envelope contains the hidden bounty you stand to win if you knock out that player.

Once you knock out an opponent, the envelope is opened, revealing the bounty you have won! 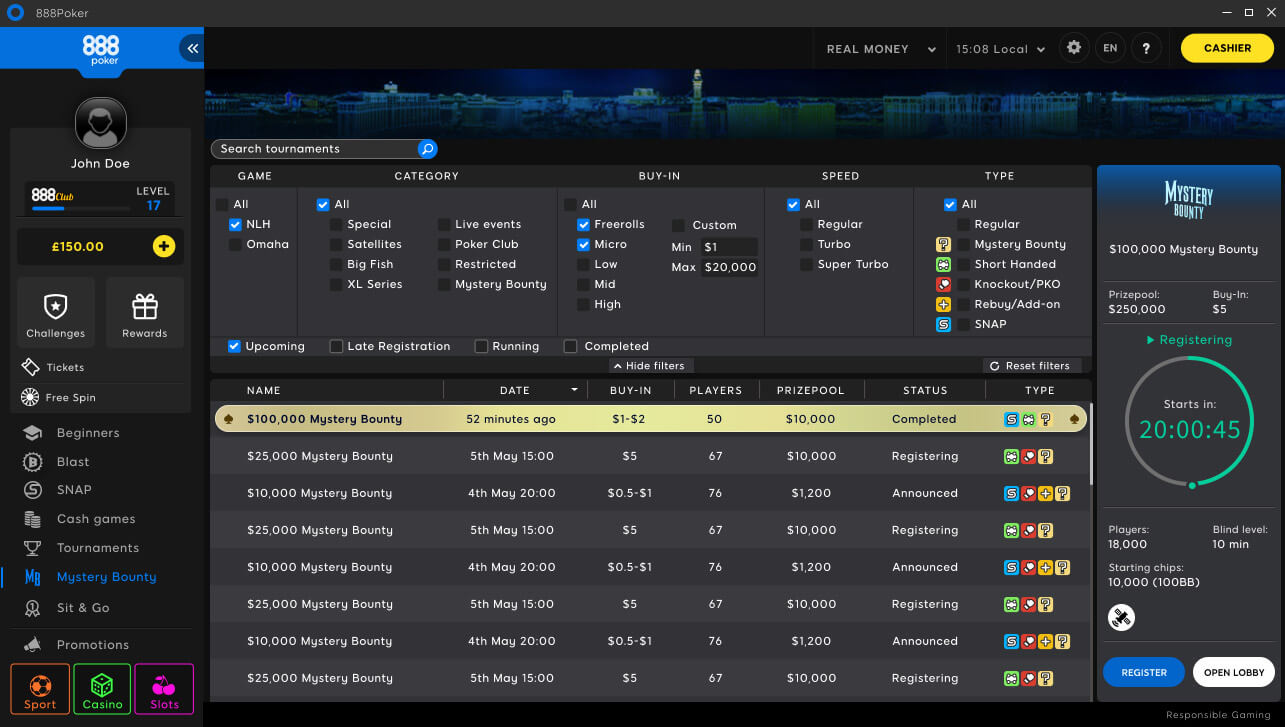 Our Mystery Bounty variant is conveniently located in the 888poker ‘Tournaments’ lobby.

Use the ‘type’ filter to see the full list of upcoming Mystery Bounty tournaments.