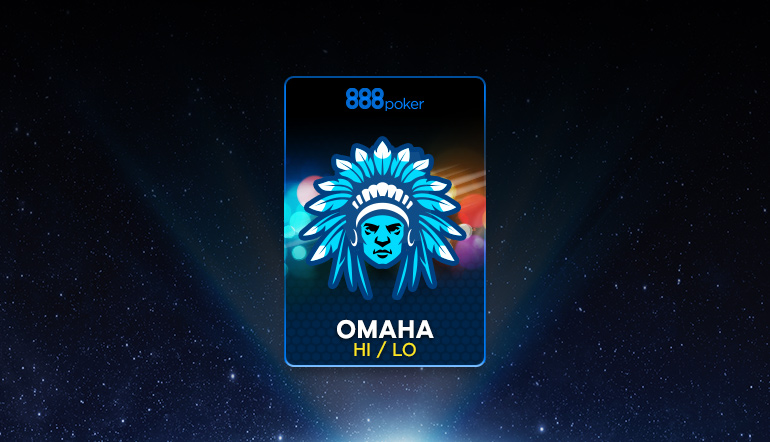 If you are reading this, it probably means you like card games that are complex by nature. Omaha Hi-Lo is no joke.

Not only must players keep track of four hole cards, but they are using those cards to make two different hands. Postflop, we have the low hand and the high hand!

Complexity aside, Omaha Hi-Lo (also known as O8 for Omaha Eight or Better) is a rich and fascinating variant of poker. It also offers the opportunity for lower variance. Split pot games are always lower variance by nature.

Here are our top tips for playing Omaha Hi-Lo. We will focus on Pot Limit Omaha Hi-Lo (PLO8) since it’s currently the most popular.

Scooping means to win both the high and low pot. The aim of any split-pot game is to scoop .

Novice players may make the mistake of only going after one of the two pots. Today I’m going to try and win the low pots.

It’s virtually impossible to win this way. After investing roughly half the pot in a heads-up battle, the best-case scenario is that we win back our investment.

Worst case scenario is that we lose the entire pot or get quartered (more on that later).

Our goal is to scoop.

So, we need to select starting hands that have the potential to win both the high and the low at showdown.

One of the best starting hands in PLO8 is the AdAh2d3h.

High Hand Potential - We have the pocket aces, nut flush draw possibilities, and wheel potential. This hand would be decent even in regular Omaha!

Low Hand Potential - We have the Ace and the Deuce, described as the nut low in a preflop context. We also have the three which provides some counterfeit protection (more on that later).

A234 would be even better from a pure low-hand point of view. But then we’d lose our pocket Aces and double-suitedness to the ace. So, we prefer the AA23.

Some of the worst starting hands in PLO8 are middling rundowns such as 6789.

Although it’s possible to make low hands, they will nearly always be dominated. We also run the risk of being dominated in high pots when we make non-nut straights.

Middling cards are a pretty good recipe for getting scooped in PLO8.

This situation is a little different from regular PLO where 9876 might be completely playable in some scenarios. We don’t have to worry about low hand domination issues.

Every so often there will be no qualifying low hand possible so a high-only hand can still scoop.

Why is it called Omaha ‘eight or better’? In this context, it means 8 or lower and refers to the rules for low hand qualification.

A low hand may only be created with 5 cards that are eight or lower.

In some situations, a low is entirely impossible. There are not enough low cards on the board.

Qualifying low hands are impossible on boards that don’t have at least three cards, eight and lower.

Say the flop comes down with three cards above an eight (excluding the Ace). We should know instantly that qualifying low hands are impossible. They will still be an impossibility by the river.

At this stage, we are essentially playing a regular hand of Pot-Limit Omaha. But players have a higher distribution of lower cards in their range than in regular Omaha.

Players might show up with holdings such as 2234 rainbow. They may have discarded preflop these hands in regular Omaha.

So, high hands in PLO8 are slightly more valuable than they would be in regular Omaha. There might be no possible qualifying lows on certain textures. So, we can consider playing the best high-only hands, AAKK, for example.

Earlier, we described our AA23 as having ‘counterfeit protection’. What did we mean by that?

Now let’s imagine the ace falls on the turn.

What just happened? Hero was counterfeited.

When Hero’s ace pairs it means that Villain now has access to that card, He can use it as part of his low hand. Hero must use two other cards to create his low hand.

Hero’s low hand technically improved in the absolute sense. But it took a hit in the relative sense, allowing Villain to create an even better low.

What would have happened if Hero had held the AA23 instead of the AA26?

Now both players would have made the same low hand on the turn.

Our protection caused us to chop, in this case. Adequate counterfeit protection often means that we retain the best low hand, even when one of our low cards pairs.

It may also sometimes mean that we improve to the best low hand after initially chopping with Villain. (If Villain has no counterfeit protection.)

Scooping can be quite tricky in PLO8. But, thankfully, it’s not the only way to win. Quartering our opponents is another excellent way to build up profits.

Imagine an opponent who was focusing all his energy on making the low hand. (Even though this strategy is a bad way to play, as discussed earlier.) It would be quite hard to beat him for the low pot. But we don’t need to beat him.

If we can make the same low hand as our opponent, we can sometimes chop for the low while consistently winning the high.

Say our opponent is chopping a lot and then occasionally getting quartered. He’ll lose in the long run unless he improves his strategy and starts going for the scoop.

We generally associate semi-bluffing with something that might happen on the flop or turn - not the river.

On the river, we either have the best hand, or we don’t.

It doesn’t quite work like that in split-pot games. As we are fighting for two pots, we can use the river semi-bluff.

Imagine, for simplicity, that we have a clairvoyant view of the situation and know all cards involved.

Hero has a high-only hand. But he is aware that a qualifying low is possible. Villain has a qualifying low and will win half the pot if it’s checked down. He is totally busted in the high direction, though.

He should make a huge bet and try to force Villain to fold his qualifying low.

We can consider this a river semi-bluff. Even if it doesn't work, Hero has a guaranteed amount of equity in the pot.

Limit Omaha games are still available. We might prefer to try these before jumping into pot-limit (or even no-limit) Omaha Hi-Lo.

The key difference is that we don’t get punished as much for playing dominated hands. In Limit O8, 23xx hands may sometimes be problematic. They can lose large pots by being dominated.

Being dominated is far less of an issue in Limit O8. We can typically just call down with mid-strength holdings and avoid raising at any point.

On the flip side, bluffing is more problematic in Limit O8. We can’t scare our opponent with big bets.

Omaha Hi-Lo is a tough variant and not recommended for new poker players. Even experienced poker players should expect a learning curve before getting comfortable with the nuances of the game.

The plus side is that competition is soft. Many of the above tips are not known by the average player.

So, applying the advice in this article should give us a fundamental edge in most Omaha-8 games.